The Judge Selection Committee elects judges to the Federal Constitutional Court for a term of twelve years. Half of the eight judges in each of the two senates are elected by the Bundestag and half by the Bundesrat. The candidates need a 2/3 majority in the respective responsible body, so that a certain non-partisanship remains guaranteed. Known is of all elected judges, of which party they have been nominated.

So far, it is not known what the potential for harmony among the judges is in the Senate and in the individual chambers:

BVerfG and the 4 chambers of the 1st Senate 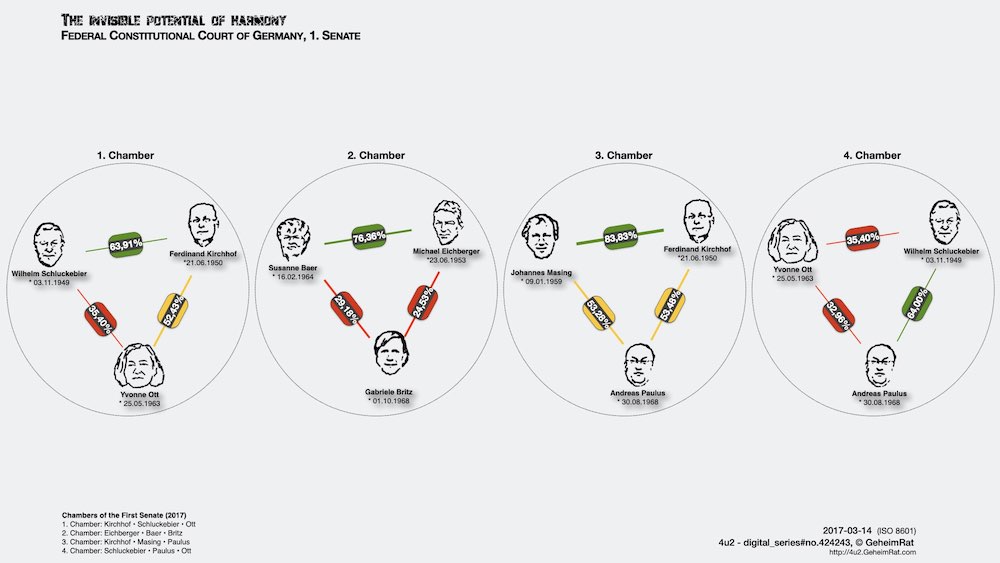 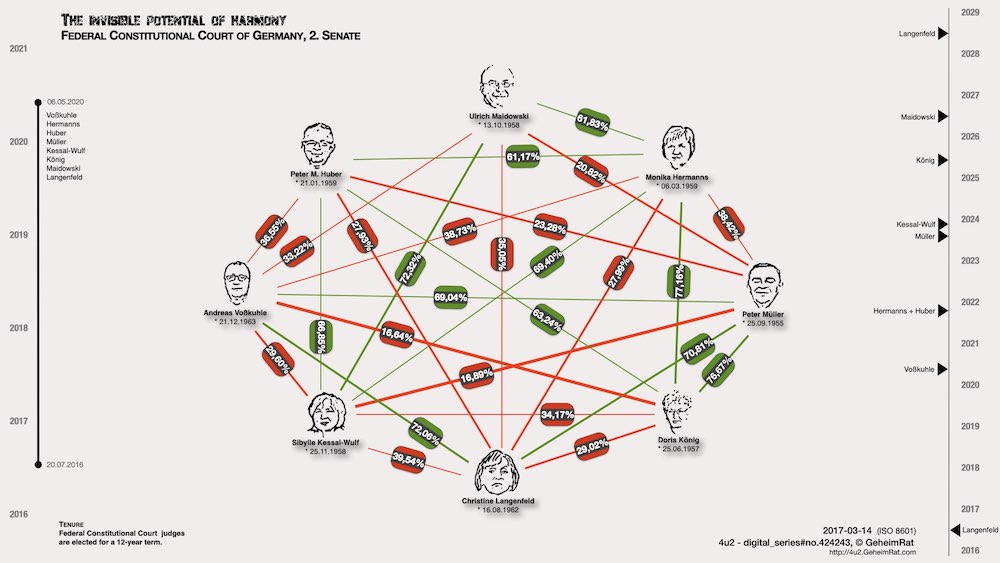 BVerfG and the 3 chambers of the 2nd senate 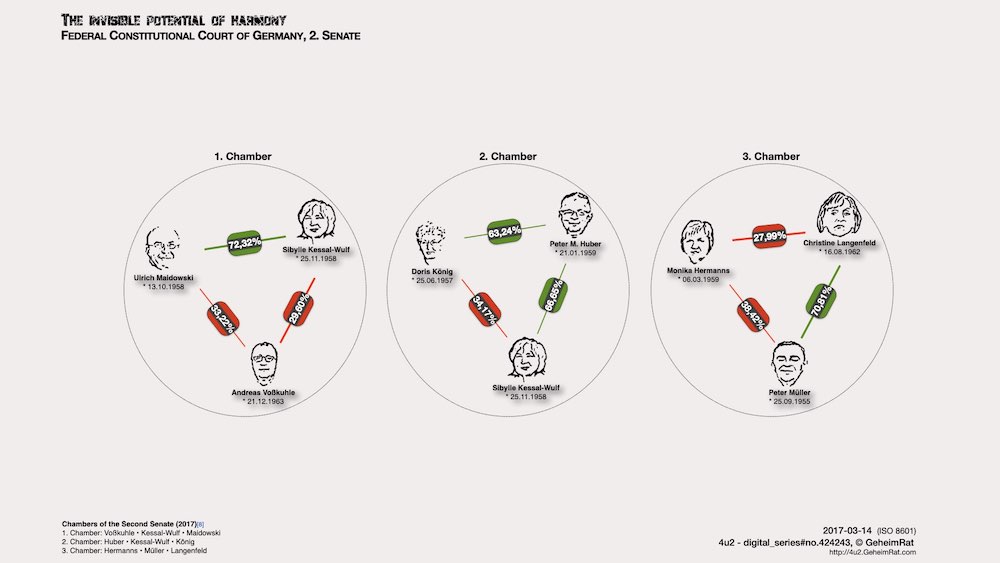