Football is one of the world's best-known sports and is popular in many countries. The origins of today's game are said to lie in England and are based on the first set of rules drawn up by students in the city of Cambridge in 1848.

The total revenues of all 20 clubs in the 2010/2011 English Premier League season are estimated to have amounted to around €2.74 billion, according to a management consultancy firm.

The secrets of a team's success are probably not only to be found in the composition of outstandingly good individual players, which is why the following sentence is not infrequently used in football: Money alone does not score goals.

Until now, it has been completely unknown how the harmony potentials of players and coaches of a team relate to each other. The following pictures show these harmony potentials using the example of the surprise champion of the Premier League season 2015/2016 Leicester City: 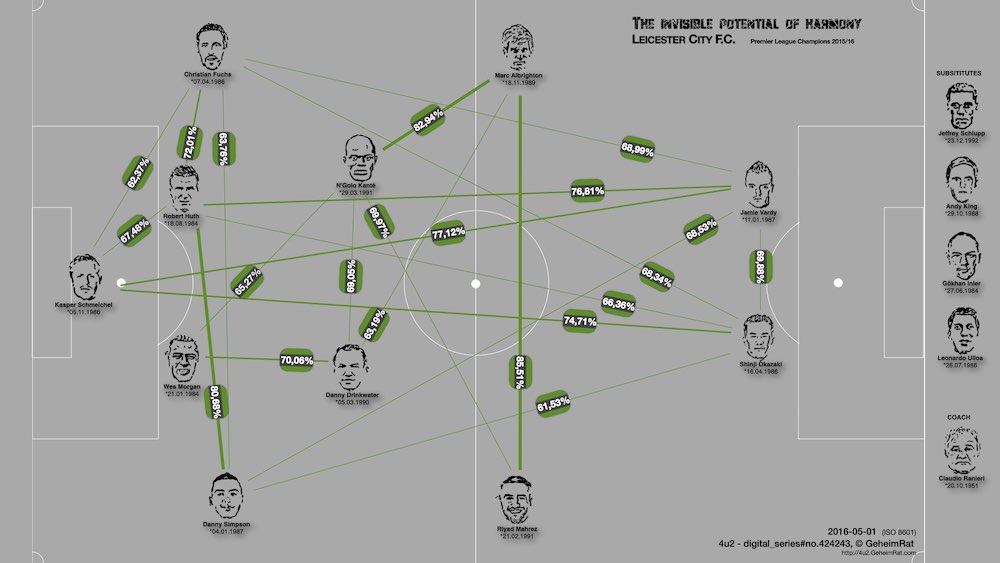 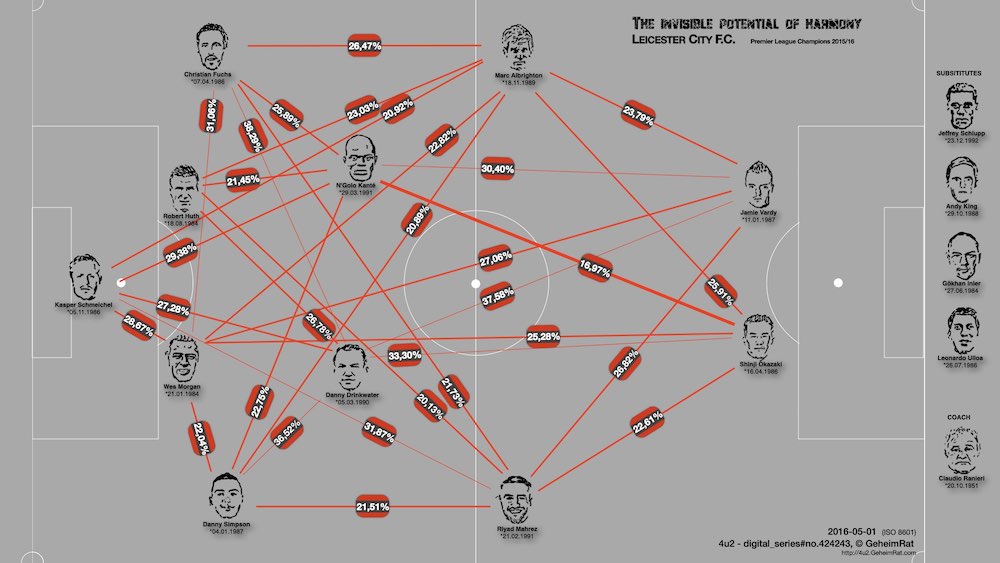 Particularly high and particularly low harmony potentials of the players 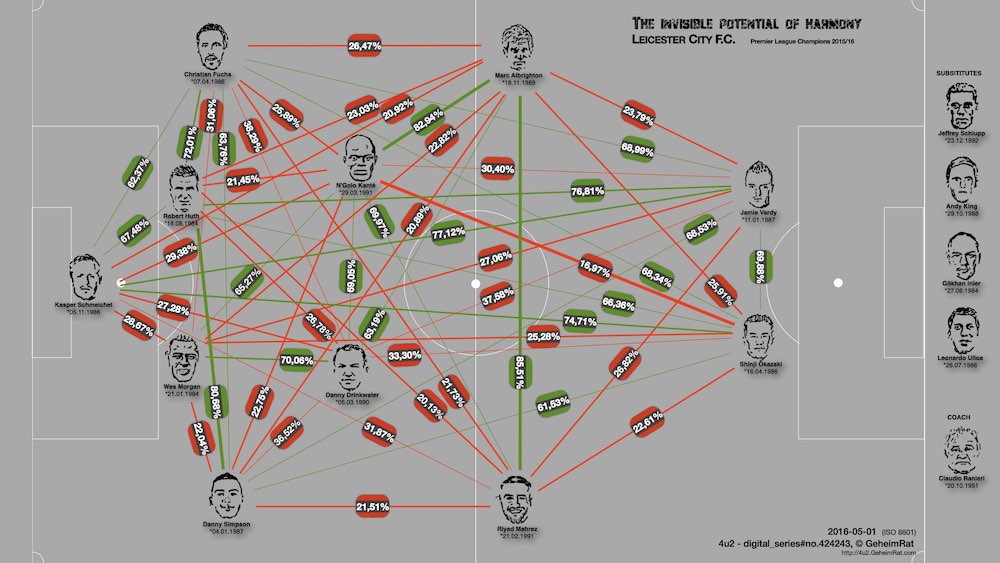 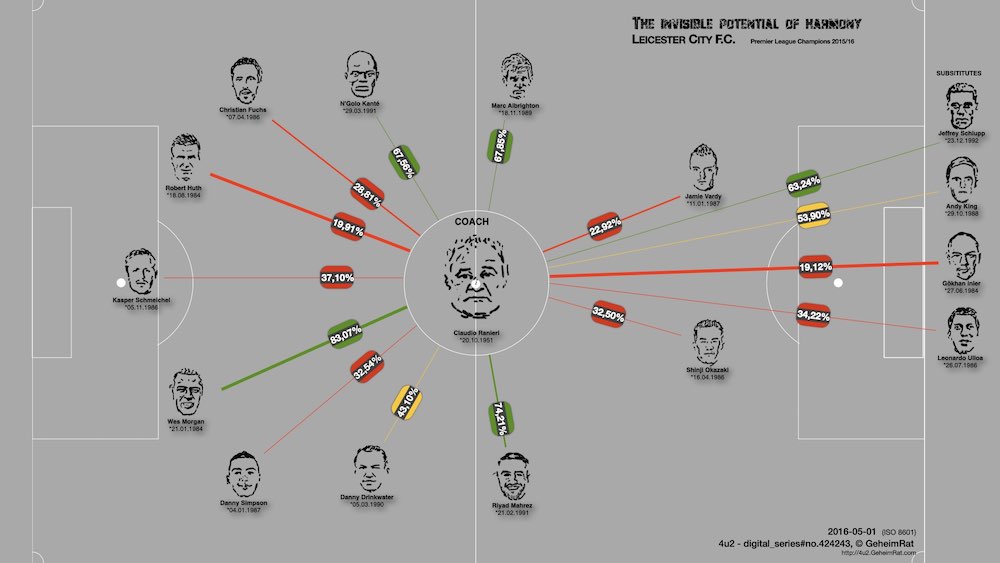